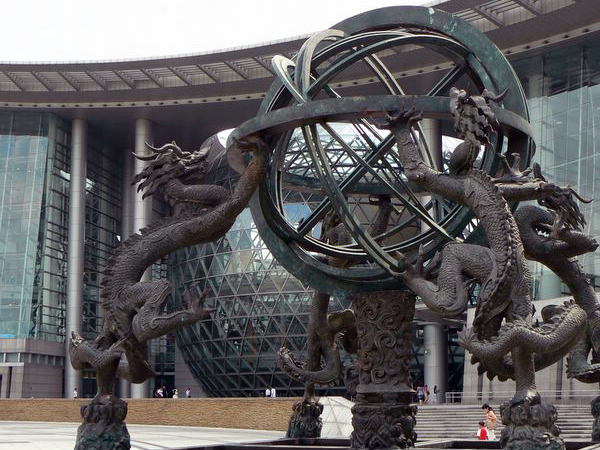 Around 15 years ago we caught a glimpse of new epicentre in the world of patents, utility models, the recording of new trademarks or the applications of the international patent PCT. In fact, in just over a decade, the traditional scenario of Europe-North America epicentre, which has often been termed the Atlantic axis, has moved to another sphere and the principle players can be found in the Pacific. China and its companies (but also the foreign companies and registrants in the country) have tipped the balance in the field of industrial and intellectual property, increasingly consolidating the Pacific axis.

China is well on the road to unseat Japan as the country with the second highest volume of patents in force. 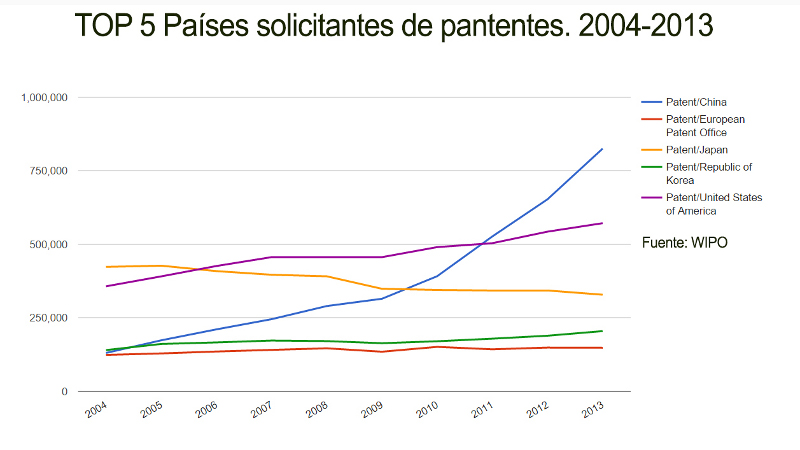 If one analyses the data of the applications (I would suggest consulting ‘’TOP5 Countries of patent applications’’ ) the true extent of the role China is acquiring can be ascertained. The country went from very few applications in 2004 to around 800.000 applications in 2013. The United States is the only country that maintains a steady growth whereas the figure in Japan has fallen significantly.

In relation to the PCT international patent applications, the number from China, but also from South Korea, has increased since 2002 to such a degree that today, these countries and Japan occupy the most significant positions in the rankings. 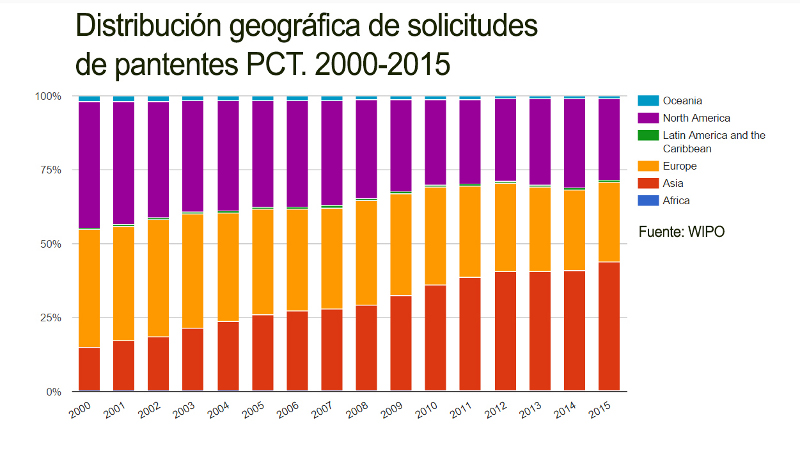 There is clear evidence to suggest that the leadership shared between Europe and North America at the beginning of the 21st century is being transferred towards Asia (which has grown from a modest 15% in 2000 to 44% in 2015.)

Other significant data about utility models and trademarks in force.

The Pacific as the sectorial engine

The transfer of power to Asia-North America in the patent and trademark sector is a phenomenon on par with those recorded in other economic and political fields, evident in events such as the signing of the TPP Trans-Pacific Partnership Treaty.

On this matter, it is worth remembering that the negotiations on the periods of patent protection for biotech drugs were one of the issues that delayed the border agreement, an agreement which now allows for the lifting of trade barriers between the major countries on the Pacific shore.

Indeed, this is a symptom of how the changing global epicentre is increasingly powerful, to the detriment of Europe. And yet, we will have to wait and see the role Europe can secure in this new game of global strategies. Although, no doubt, many people with a more global and comprehensive vision and much more knowledgeable than myself, have already been pondering on this question for some time.

Note: The figures and graphs gathered in this article have been taken from a number of reports by the WIPO World Intellectual Property Organisation. As a body that cooperates with the offices of intellectual property throughout the world, it is considered to be the most viable source in the field of patents.